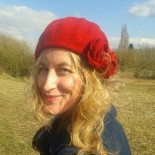 Please see below for my submission to the Quietways consultation. Thanks to residents who took part in the consultation process and shared their feedback with me. The proposals are due to come to the Community Services Overview and Scrutiny Committee for review in June. However, I will keep you posted of any developments in the meantime.

I am responding to the quietways consultation as a local ward Councillor (Earlsfield). My submission is based on feedback from local residents and cyclists and focuses on the section of route 4 that passes through Earlsfield.

I support the concept of quietways and its aim to provide safe, stress free journeys to new and returning cyclists. I recognise that the quietways initiative forms a key element of Wandsworth’s cycling strategy and that it has the potential to bring about significant public health benefits to residents in the borough as well as, over time, support a shift away from car use.

While I welcome the fact that quietway route 4 would serve to increase access and use of the Wandle Trail, I object to the proposals for the route as they currently stand.

Not only does the route fail to meet some of the required standards for a quietway, it has also thus far failed to generate sufficient support – and in fact has created vocal opposition – from local residents, many of whom are the intended beneficiaries of such an initiative and therefore key to its success. Until these two critical factors are addressed, quietways will not achieve its intended outcomes and will consequently result in a poor use of public funds. It will in turn impact on Wandsworth Council’s ability to deliver against the commitments set out in its cycling strategy.

Specific comments on the route

Residents objections to the route relate primarily to issues of safety (cyclist and pedestrian), impact on local environment and the underlying rationale and practical logic of the route. Many of these are detailed in a local petition which can be viewed at: http://www.ipetitions.com/petition/earlsfield-against-quietway-q4

I draw attention in particular to the following three aspects of the route:

• Magdalen road: This does not meet the criteria of a quietway on the basis of current speed and volume of traffic, which includes a high proportion of LGV and HGVs. The proposed 1.5m advisory cycle lane does not comply with quietway standards or any other type of cycle route.

• Garratt/Waynflete/Trewint junction: The proposal does not set out what impact the no right turn into Waynflete street and the signalised junction would have on traffic flows. There are particular concerns that the junction would create queues of traffic along Garratt Lane, Waynflete Street and Trewint street, which would have an impact on air quality, noise, and the general ‘look and feel’ of the surrounding area. There are concerns that northbound traffic will either be diverted onwards to the already busy Garratt Lane / Magdalen Road junction or that drivers will use neighbouring residential streets as ‘rat runs’. This will have an impact on both cyclist and pedestrian safety. It is worth noting that there are 3 schools in the immediate vicinity of the route (Earlsfield primary, Beatrix Potter, Chelsea Group) and therefore a considerable number of children crossing these streets during the day.

• Swaby road / Waynflete street: Firstly, there is the question whether cyclists travelling down Magdalen Road would necessarily want to turn left into Swaby Road, or whether they be more likely to continue to the end of the road. Secondly, there is the issue of whether these residential side streets would be safe for cyclists given the density of parking, current volume of traffic and and the fact that the roads are too narrow for cars to overtake cyclists.

Specific comments on the consultation and design process

In addition to concerns about the route, there have equally been concerns about the consultation process. From my discussions with residents it is clear that the consultation process has been compromised by limiting information to the route map – rather than providing the wider context and rationale for the quietways initiative, how the proposed routes have been developed and who they intend to be for. It is unfortunate that local cycling groups have not been more actively involved in site visits and invited to provide technical input to route design at an earlier stage. And on a very practical level, I am concerned that direct mailings to residents were sent in unmarked envelopes, which may have consequently been treated as junk mail. I hope that these issues will be addressed in the next stage in the process.

Based on the above, there are evidently a significant number of issues that need to be resolved to make quietway 4 a viable route. I outline below a number of amendments and revisions that I recommend are explored further – with residents and local cycle groups – as part of the next design phase. Their local knowledge and expertise – as well as ultimately their buy-in and ownership of any final proposals – will be critical to the success of any quietways initiative.

• Alternative route via Summerly Street, Garratt Lane and Magdalen Road I.e. bypass Magdalen estate, avoid need for additional signalised junction;
• Alternatives to a signalised junction at Trewint / Garratt / Waynflete I.e less ‘invasive’ that benefits both cyclists and pedestrians without clogging up traffic;
• Traffic management measures to prevent ‘rat running’ through the Magdalen Estate;
• Alternative route to Magdalen road i.e via route that is actually quiet /or more radical interventions to reduce traffic or parking along this part of the route.

This entry was posted on February 14, 2016 by rachaelstokes.